Veggie Very Much is a brand new vegetarian cookbook by veggie blogger Mirjam Leslie-Pringle. Read on for my review and a recipe for potage de vigilia. 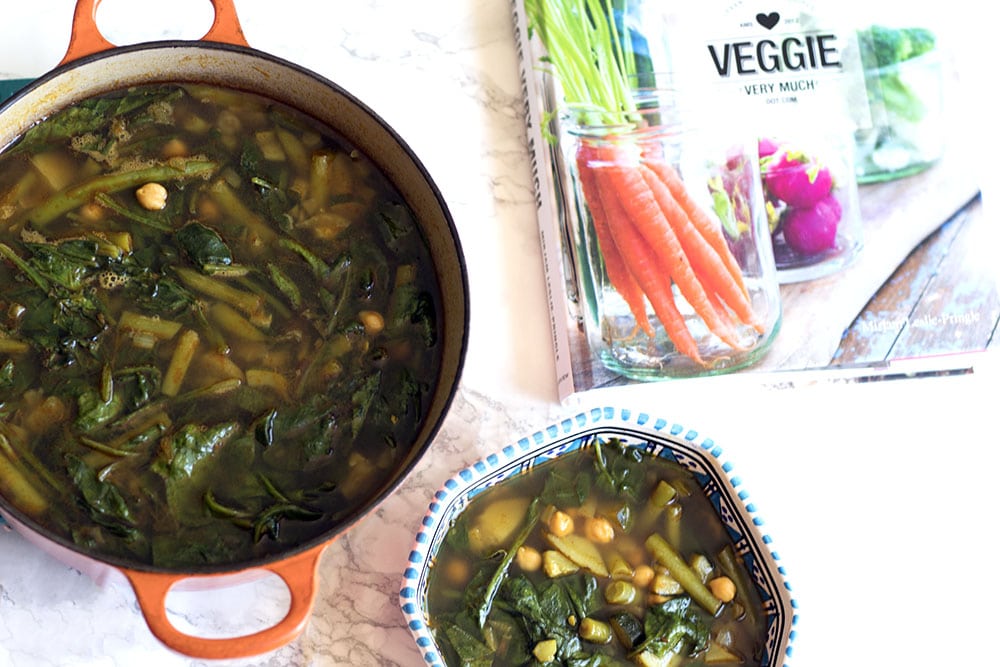 As an Amazon Associate I earn from qualifying purchases. Affiliate links are marked with *.

Does my kitchen shelf need another vegetarian cookbook? Probably not (definitely not would say my husband). But I do love a good cookbook - in fact it might be bordering on an obsession. So when I was offered a copy of Veggie Very Much* by Mirjam Leslie-Pringle to review I said yes please and added the book to my already groaning shelves!

Mirjam is Dutch and lives nowadays in Ibiza where she lives on a farm with her husband and kids and writes a food blog with the same name (it's in Dutch).

The cookbook is beautifully designed and photographed and is full of colour. There are plenty of photographs of the recipes and also many of Mirjam and her friends and family enjoying life in Ibiza.

I must admit that looking at them has made me feel slightly envious of her lifestyle although I'm 100% sure that running a farm, however small, is not for my very urban family! 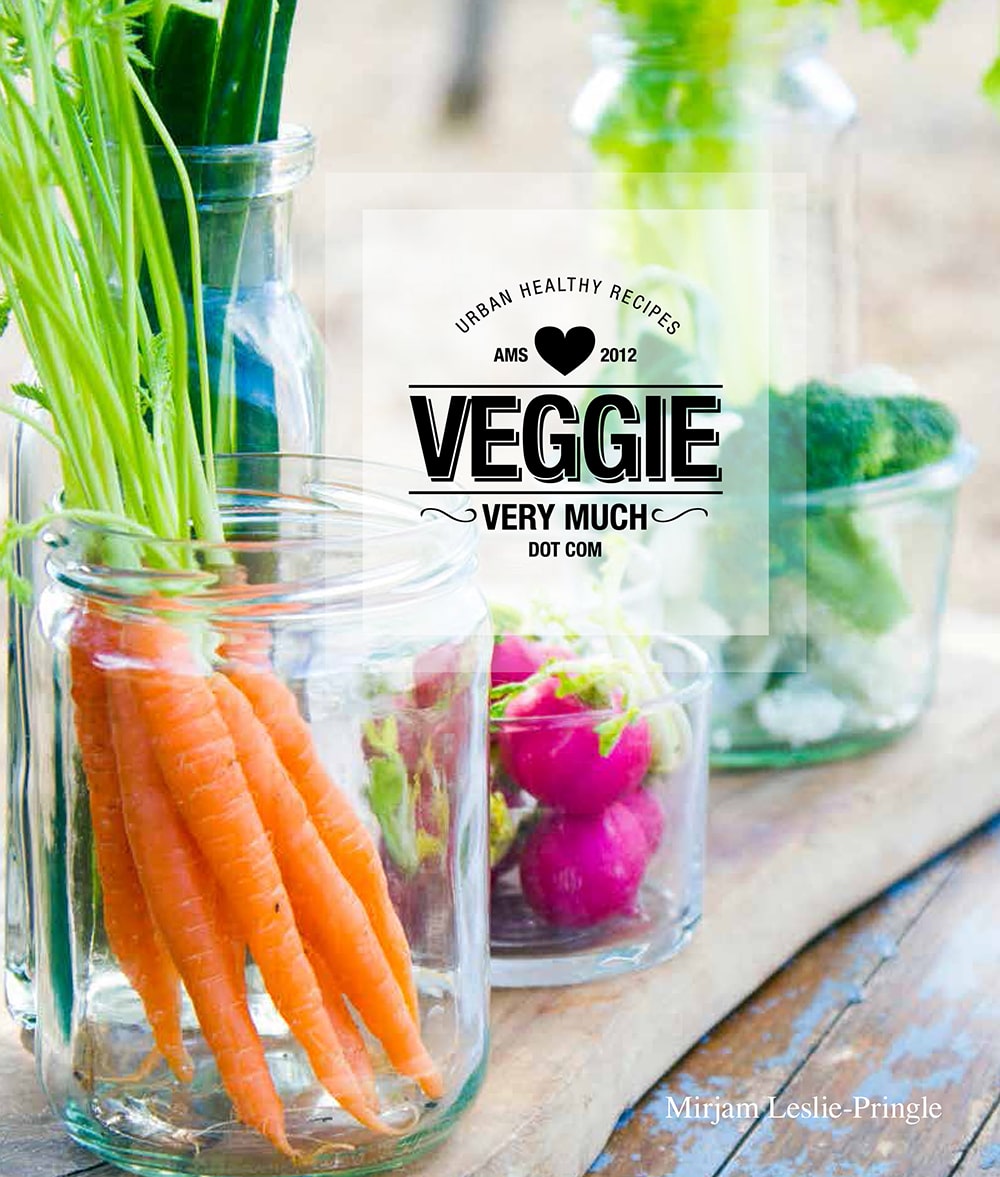 What kind of recipes are in the book?

The book is divided up into recipes for the morning, afternoon and evening with soup and sweet stuff getting their own dedicated chapters.

Breakfast classics like overnight oats and pancakes sit alongside dishes that I've never heard of like chachi (a Spanish take on fried eggs on toast) and oeuf cocotte with parsley pesto (baked eggs).

And further into the book you'll find vegetarian staples such as ratatouille and risotto sitting alongside quinoa with fennel, honey and pomegranate seeds and a delicious looking recipe for veggie paella which is made with black rice.

The publishers have given me permission to reproduce one of the recipes here to give you an idea of what the book is like.

Being the middle of summer, and definitely the best summer that we've seen here in England for many years, I was about to make a green gazpacho (a very popular Spanish cold soup - you have to try it!). But then the weather turned and got chilly and rainy so I ended up making potage de vigilia instead.

I do like soup but I wouldn't really call myself a soup person because I often find I'm still hungry if that's all I have for lunch. So a recipe like this which is packed full of potatoes and pulses suits me down to the ground as it's much more filling. The soup is also meant to have eggs in it, which would make it even more filling. I don't eat eggs any more so I left those out.

Little S, two, is becoming a budding chef and he helped me to make the soup. At two and a half I'm not really happy to give him sharp knives yet. However, there were still plenty of jobs he could do including:

Read more about why you should cook with your kids.

Thinking of getting your child a cooking knife? Read my review of the Foost knife. 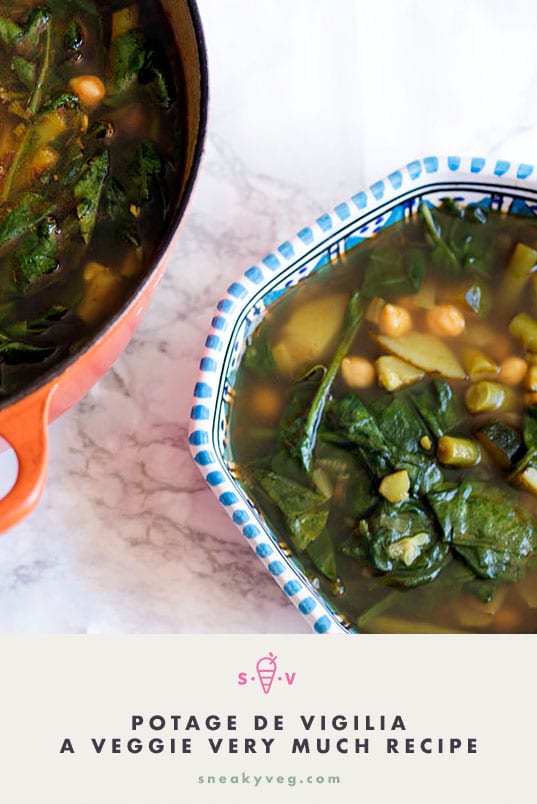 How to make potage de vigilia by Veggie Very Much:

Keyword potage de vigilia
Tried this recipe?Let us know how it was!

*Disclaimer: this is an affiliate link meaning that if you buy something after clicking on it I'll receive a small commission, which I will probably spend on buying more ingredients for Sneaky Veg recipes! The price to you remains the same. Thanks for supporting Sneaky Veg. Read my full disclosure.

Disclaimer: I have been given a copy of Veggie Very Much to review and another to give away as a prize. I have received no other payment for this post and all opinions are honest and are my own.

This site uses Akismet to reduce spam. Learn how your comment data is processed. 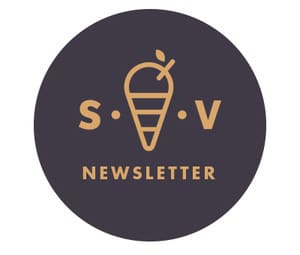 RECIPE OF THE MONTH 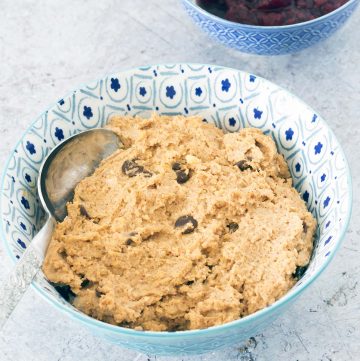